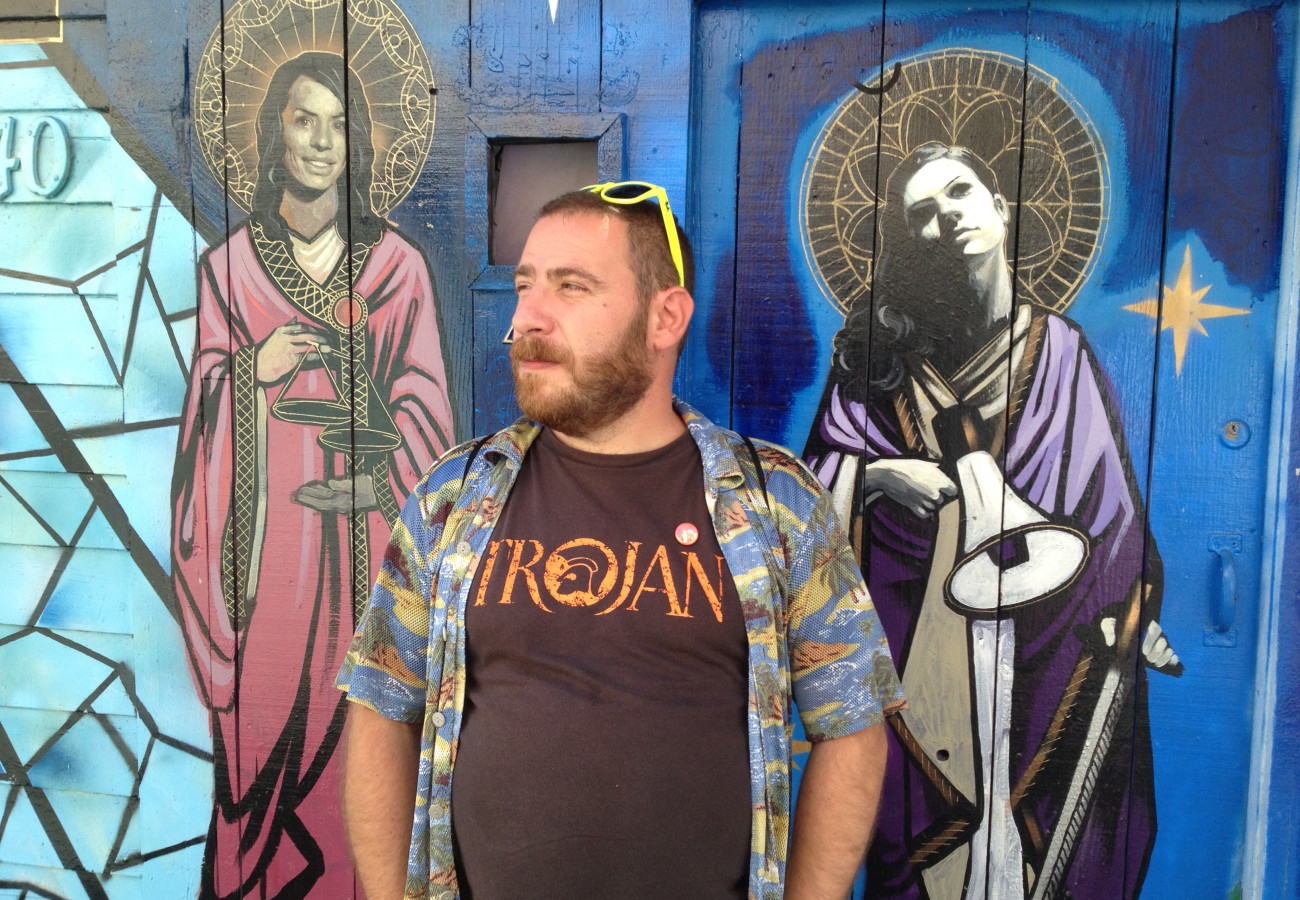 Maurizio Athome is half Dj and half psychologist . Dj’ing Italo wave and House since early 90’s. Born in Liège in 1971, Maurizio left the town for the capital. During the very early 90's he was connected with the psychedelic / dub scene from UK and playing Global & Dub in some freaky bars located in the center of Liège. Arrived in Brussels he had the chance to be directly connected with the queer scene from Brussels and with the crew from Radio Panik and Radio Campus. He has started dj'ing in locations like squats (Brussels, Genève mostly) and in some alternative place like Cinema Nova or Magasin 4. From 1996 to 2018 he was running Brussels Alternative Show (named Bis Art Shaker during the first 18 years) a weekly music program on Radio Panik 105.4 FM. Using a mobile studio he finally moved the radio show in Beursschouwburg, a famous location in the center of Brussels where he was streaming each week with local or international guests. In 1999 he is co-founder of the Brussels based label Pneu Records until 2020. Maurizio was member of Everybody’s Jabitudiliki with Derek Sein, who released 2 albums including collaboration with Felix Kubin & Barbara Morgenstern and Lem. In the late 90’s he shared desk with Dj Sprinkles, Vladislav Delay, Farmers Manual, Pole, Pita, Charlemagne Palestine, Fan Club Orchestra and many more. In 2006 he starts to play in the Italian "anti circuit scene" where he met Hugosan and Max_M. At the same time, his early connection with Honey Soundsystem bring him to play at their party in San Francisco. Since 2013 he is the co-founder of activist & band called Front de Cadeaux (F2C) with Hugosan. In 2014 Front de Cadeaux drops their first Ep called Le PédéBPM (on Roccodisco) and has been played by many top djs as Erol Alkan, Ivan Smagghe or later by 2manydjs and much more. Le Pédé BPM became a queer anthem as well in France where DJ ATHOME played many time alone or with Hugosan for Front de Cadeaux. More recently he did a remix that came out on Versatile Records, remixing his all time fav jazz classic's Caravan revisited by Etienne Jaumet Paris, Brussels, Rome and Berlin are the places where Dj Athome is playing the most. Alone or with Hugosan as Front de Cadeaux. 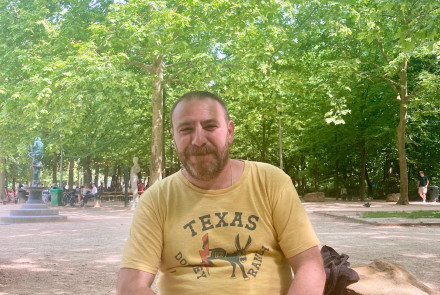 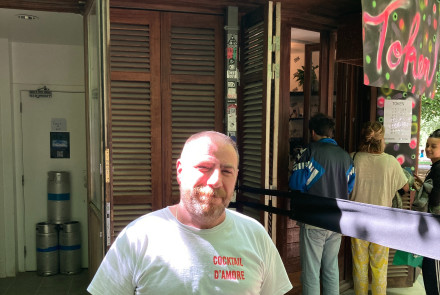 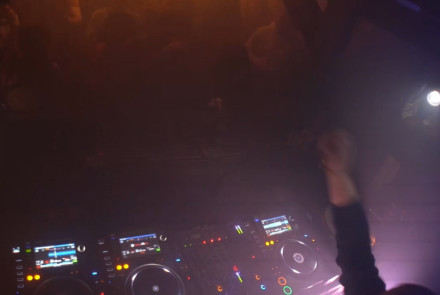 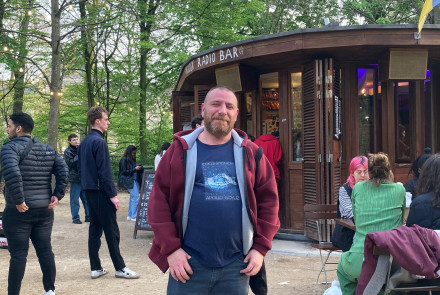 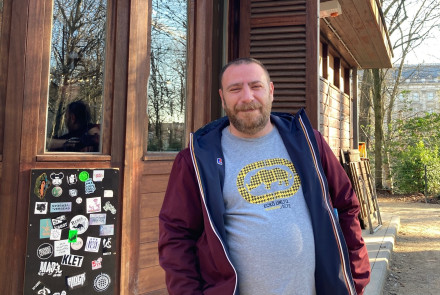 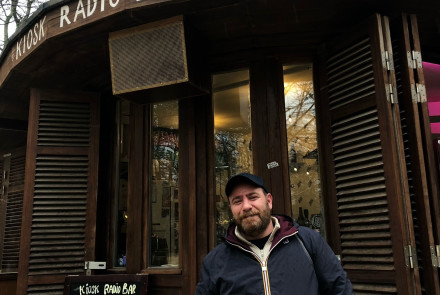 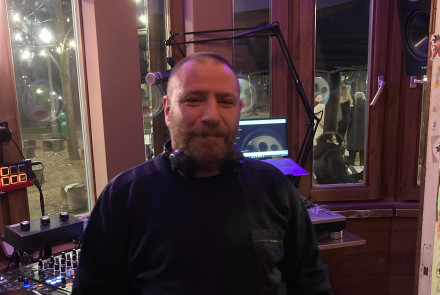 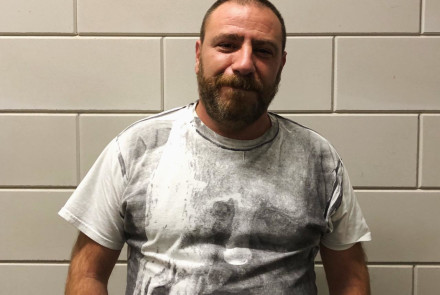 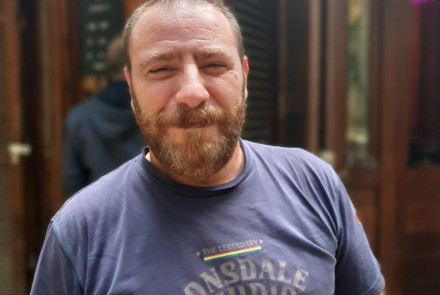 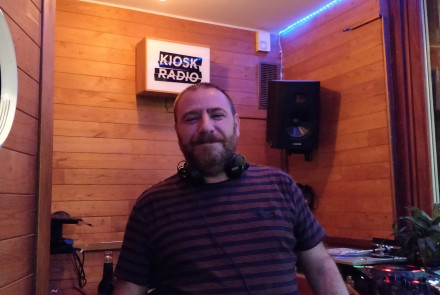 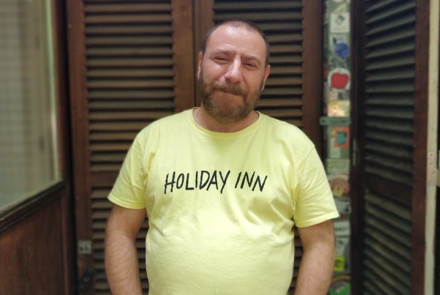 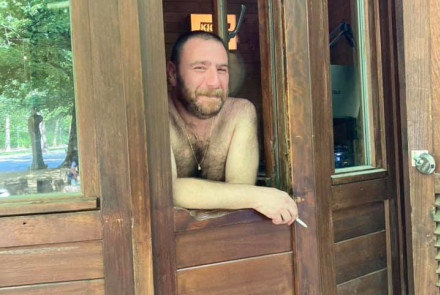 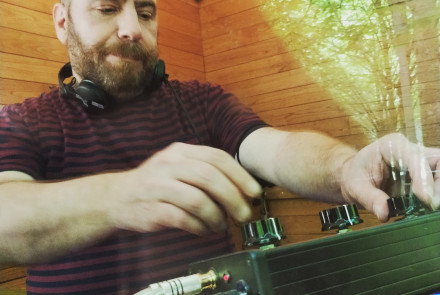 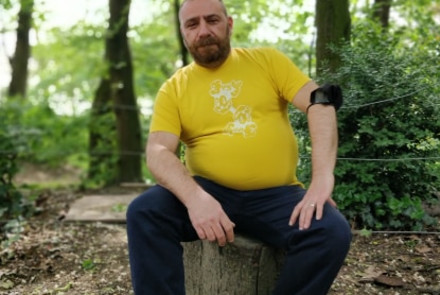 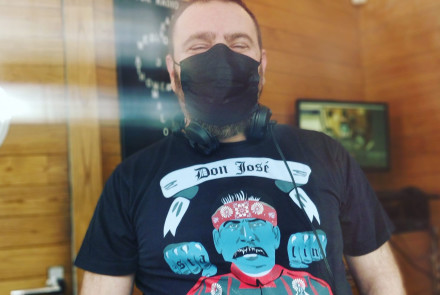 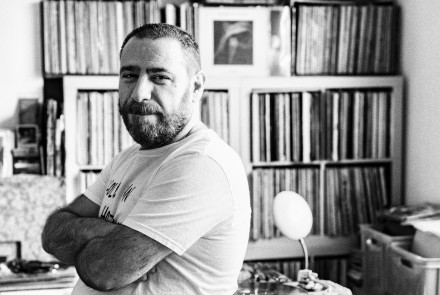